I’m often asked the hypothetical question “which would you buy, a C63 or M3?”. If I had a dollar for every time I was asked this, then I’d perhaps have around twelve dollars. However I’m now able to skip the prolonged decision making and reply swiftly that I would take the M3. “But what about the C63’s exhaust note?” is almost always the response to this and yes, the sonorous bark emitted from the quad tailpipes of the AMG is definitely a selling point, however people often don’t realise just how good the S65 motor, spinning at 8,200rpm can sound especially with an aftermarket exhaust, but more on that later. The key selling point for me is that the M3 has a very nice balance. Sure it might be down on power and torque compared to some of its competitors but a sub 5 second zero to one hundred time means it’s certainly not lethargic and the overall grip, handling and balance of the car means the Bavarian crew would get my hard earned before Affalterbach’s. If there were improvements to be made to the M3, then it would definitely be a bit more power and noise and that’s exactly what we set out to achieve here.

We have two examples. A beautiful Carbon Black 2012 M3 Coupe, which scores some minor updates being a facelift model and a 2009 Interlagos Blue M3 Convertible. Both owners had the same thought process as us, being that an ECU tune and exhaust would further enhance these ultimate driving machines without throwing off their balance. Whilst they are both rated at 309kw flywheel, in our experience we’ve found the update models tend to have a few extra ponies under the hood evident in their baseline dyno runs. It’s worth noting in this case though the E92 is relatively fresh with 25,000kms on the odo whereas the E93 is sitting north of 90,000kms. The difference was 253.3kw vs 235.0kw, a relatively large variance of 18.3kw but we’re not here to compare vehicles rather see how much extra power we can extract from them.

Starting with a full exhaust on each, this consisted of front pipes with high flow cats, X pipe also known as the midpipes and rear mufflers. Fortunately the M3 comes standard with beautiful equal length titanium headers so there is no benefit to be gained by swapping these out. Next we addressed the tuning of each car and whilst most naturally aspirated engines don’t benefit too much from tuning, paying special attention to the double VANOS system at work here really liberates noticeable gains. All up we were able to gain 46.9kw at the wheels on the fresher E92 M3 and 36.1kw at the wheels on the E93 with both modifications in play. A fantastic result that both owners were extremely satisfied with. On the road the cars put on speed with more urgency and the extra power was certainly appreciated all throughout the rev range, particularly mid-range torque. But the biggest change to the driving experience is definitely the sound. I can try explain the sound as the tacho needle swings past eight grand, but you’re better off just listening to the sound clip below!

If you’d like to see what we can do to improve your M3, get in touch with us today. 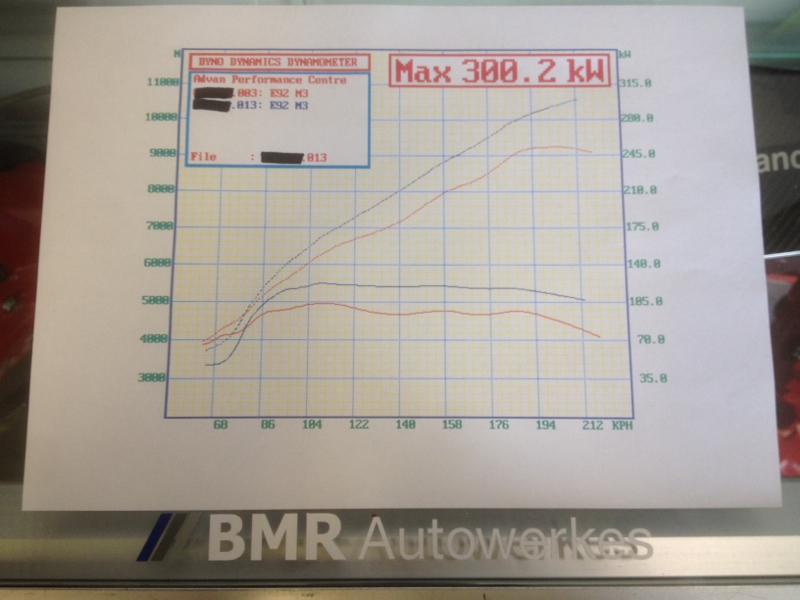 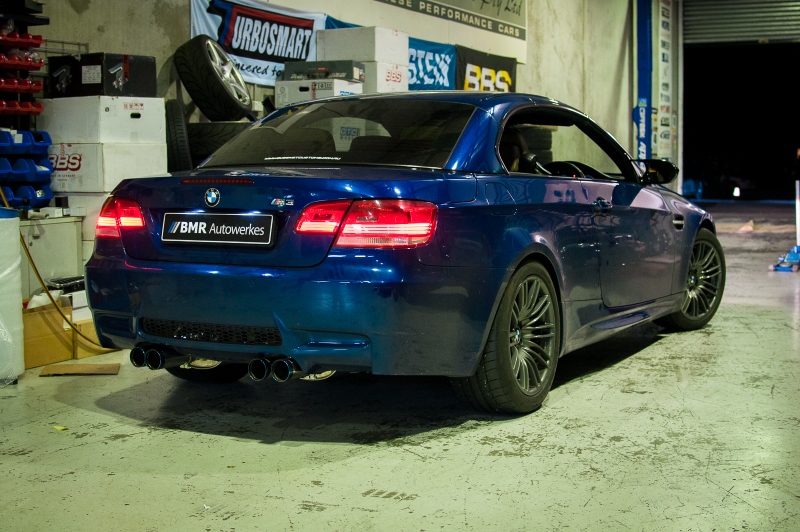